The museum L'Atelier De Grandi presents a retrospective of 30 years of creation of the painter Pavlina, representative in Switzerland of the "Visionary Art", artistic movement represented by her master the French Gérard Di-Maccio and counting, among many international artists as Max Ernst, W.H. Füssli and the Swiss HR Giger, whom she knew well.

Pavlina paints her inner visions and tries to reconnect the human being to his deep nature. She reveals her spiritual journey between light and shadow.

Saturday and Sunday
from 2 to 6 pm

Rates :
Adults CHF 12 for
members/students/apprentices/AVS CHF 10 for
children up to 18 years of age free of charge 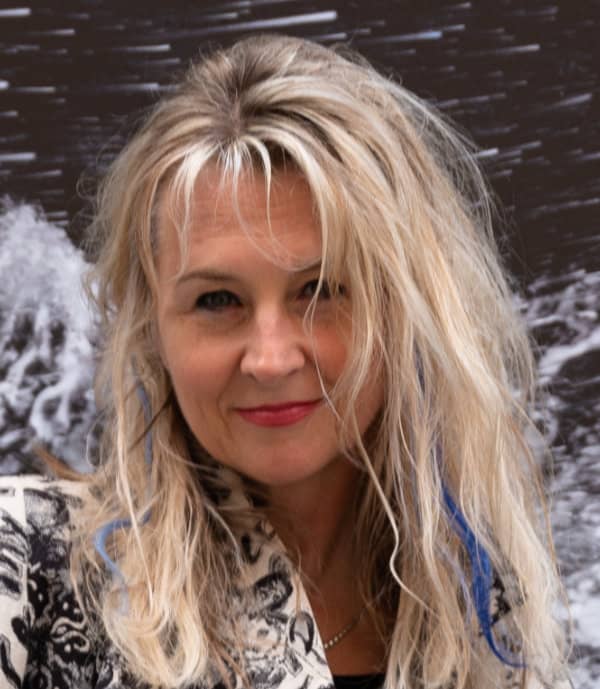 Swiss of German and Czechoslovakian origin, Pavlina was born in 1967. After a stay in Hawaii, she moved to Paris in 1986, studied French at the Sorbonne and met the leader of the visionary art movement in France, the painter Gérard Di-Maccio. In 1992 she returned to Germany to train in his studio.

In 1999 she opened her studio in Lausanne and then in Montreux.

More than one hundred exhibitions around the world are a testimony to her strong humanistic commitment. She is also the founder of the International Association Art Visionnaire Switzerland in Montreux.

PAVLINA's talent initiates us into an inner journey of a mystical nature where the visitor is taken back to the origins of vision. The Atelier De Grandi museum presents a retrospective of 30 years of creation of the artist, in Corseaux, from December 8, 2022 to March 5, 2023.

Pavlina's paintings reveal a fundamentally dual universe, where matter and spirit are still incompletely untangled, where solid and liquid, far from repelling each other, are combined, where light emerges from within, where substance and form are one, where the obvious and the formless dialogue in transparency, the visible and the invisible in counterpoint. The ground on which the whole of his work rests comes from worlds, cultures and spiritualities that tear us away from Western stereotypes. Here, Christ is a woman, there hands are lotus flowers from which a mystical clarity springs. And again, young and beautiful deities are part of a Thibetan tradition.

Each time, the bodies emerge, translucent, in a cinematographic fade where the character and the decor intermingle, each constituting the other. Sometimes the face splits. The first is only a halo that tends to recognition, the second materializes. In fact, Pavlina initiates temporality in her painting, a backward temporality that brings us back to the origins and makes us see the infinite range of possibilities, when the world was not yet domesticated by reason. So, yes, Pavlina is indeed a master of visionary art.

Endowed with a virtuosity properly hyperrealist, Pavlina uses it paradoxically to thwart the real and initiate us into her pre-world, nourished by new invention, to the genesis of the glance, when the pupil of the eye contains the Earth.

His painting alone determines the arcana of this art, which feeds on symbolism, mysticism and postulates a plural cosmogony. When it comes to defining visionary art, its supporters recognize how difficult it is to describe. Many artists, such as Odilon Redon or William Blake are often extracted from their gangue to serve the cause. Pavlina owes nothing to anyone, her painting is a reflection of the origins, the first light of dawn.

At the beginning is a majestic painting, "The Lovers of Autumn", whose texture, grain, porosity and pigmentation are reminiscent of Lascaux, with its walls where deer, horses, aurochs and rhinoceroses run. In the interstices of the canvas, one can guess parietal anfractuosities, hollows and fulls from which suddenly the eye finally guesses, grafted in the stone, a cheekbone, a wrinkled eye, the curve of a breast and the dawn of a kiss.